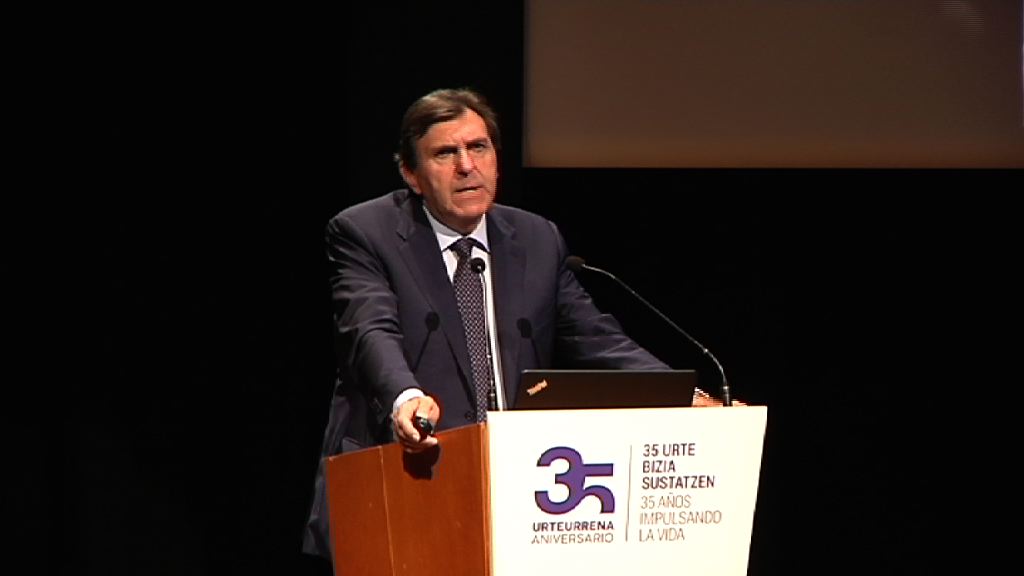 OSAKIDETZA celebrates, among the different events organized on the occasion of its 35 Anniversary, the health conference “Innovating in health from the people” in which Jon Azua will participate as speaker

Among the events scheduled this year to commemorate the 35 anniversary of Osakidetza, the Euskalduna Palace in Bilbao is hosting today, September 27, the health conference “Innovating in Health from the people”. The conference will be chaired by the President of the Basque Country, Iñigo Urkullu and also with the presence of the Health Minister, Jon Darpón, and the General Director of Osakidetza, María Jesús Múgica.

The conference will begin at 17.00 hours, with the participation of top-level scientific experts, including the ex-Minister of Labour, Health and Social Security of the Basque Government and the ex-President of Osakidetza, Jon Azua; The General Director of the professional Association of Nurses of Ontario, Canada, Doris Grinspun; or the President of the European Society of Medical Oncology and Director of the VHIO Institute, Josep Tabernero.

The sustainability of health systems, innovation or the incorporation of new technologies will be some of the key aspects that will be addressed during the Conference. In addition, the role of nursing personnel will be analyzed in the current model, configured around multifunctional and interdisciplinary teams.