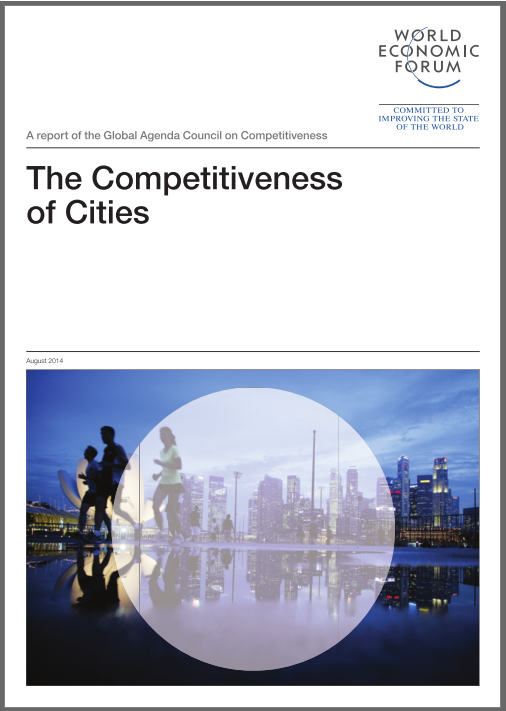 Repor published in August by the World Economic Forum

In the month of August, the Center for Strategies of the World Economic Forum has published the report “The Competitiveness of Cities”, one step more in its long career of analysis and impact on the world of competitiveness.

The report, carried out by the Global Advisory Council for competitiveness, aims to open a new spatial dimension in the study of competitiveness, leading to the area of the Cities-Regions its future role in the search for prosperity and economic development more than the Nations States. The report seeks to flee from a ranking and comes to indicators to classify competitive cities. Opt for the identification of taxonomy of success of a systematic interconnection of factors that would explain the competitiveness of cities in a wide conception, beyond of GDP towards a sustainable, livable, lively and social progress world. This model is the subject of a double contrast with real experiences: a) a “small bag” of successful cities tested whose cases help us to understand this new world in development and b) a large number of “mini cases” which, throughout the five continents, reflect the extent of different models, decision making processes and strategic purposes followed by Cities.

Jon Azua, Member of the mentioned Global Advisory Council, has actively participated in the elaboration of the Report and contributed to the preparation of the Bilbao-Basque Country Case that includes the Report in the series of based cases on the “small basket of Cities-Regions of success” and interesting lessons can be drawn from that.