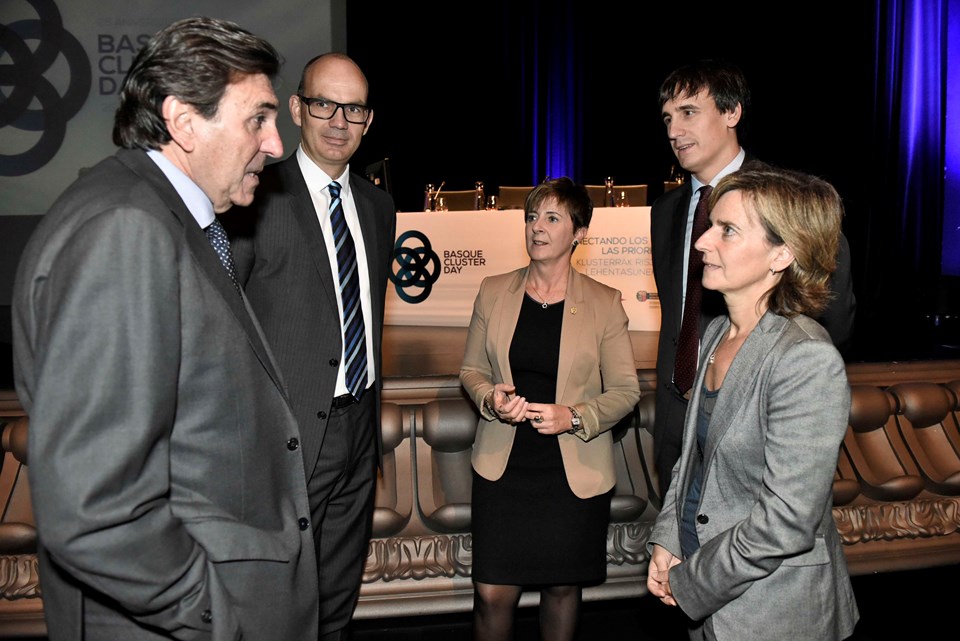 In the event, held on October 21st, participated Jon Azua, as well as the Economic Development and Competitiveness Minister, the SPRI General Director and representatives of ORKESTRA and Harvard University among others

In line with the group of events which, at the global level, have been held, commemoratives of the 25th anniversary of the publication of Michael E. Porter’s book, “The advantage competitive Nations”, has been organized the “Basque Cluster Day” under the initiative of SPRI, Basque Government and ORKESTRA-Basque Institute of Competitiveness. The act also coincided with the 25th anniversary of the “Cluster policy” in the Basque Country, global pioneer in its application in an institutional framework at the heart of its Competitive and industrial policy strategy.

With the interventions of the Economic and Competitiveness Development Minister, Arantza Tapia, the SPRI General Director, Alex Arriola, the Orkestra Director, Mari Jose Aranguren and the T.C.I. President and Senior Advisor of the Institute for Strategy and Competitiveness at Harvard University, Christian Kettels, the specialized talks and round tables by the chairpersons of the main Cluster Associations of the Basque Country, it has reviewed what has been done in these 25 years, as well as the new challenges for the future.

The event was attended, in addition, by the outstanding presence -through a video ad hoc- of Michael E. Porter recognizing the Clustering and Competitiveness Policy in the Basque Country.